Squeaky Wheels: Travels with My Daughter by Train, Plane, Metro, Tuk-tuk and Wheelchair
A Girls' Guide to the Islands

The Beautiful One Has Come

Call Me Okaasan: Adventures in Multicultural Mothering
Love You to Pieces: Creative Writers on Raising a Child with Special Needs
The Broken Bridge: Fiction from Expatriates in Literary Japan

Gadget Girl: The Art of Being Invisible

"Kamata’s love and intimate knowledge of Paris streets add atmosphere to this smart and surprising coming-of-age story. Readers will feel whisked away by the romance of an artistic life and appreciate the sensitivity and honesty with which Kamata writes about Aiko’s physical and emotional journeys." Publishers Weekly 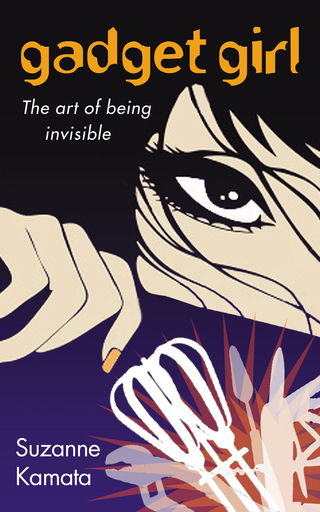 
ANNA AND THE FRENCH KISS meets STONER AND SPAZ

Aiko Cassidy is fourteen and lives with her sculptor mother in a small Midwestern town. For most of her young life Aiko, who has cerebral palsy, has been her mother's muse. But now, she no longer wants to pose for the sculptures that have made her mother famous and have put food on the table. Aiko works hard on her own dream of becoming a great manga artist with a secret identity. When Aiko's mother invites her to Paris for a major exhibition of her work, Aiko at first resists. She'd much rather go to Japan, Manga Capital of the World, where she might be able to finally meet her father, the indigo farmer. When she gets to France, however, a hot waiter with a passion for manga and an interest in Aiko makes her wonder if being invisible is such a great thing after all. And a side trip to Lourdes, ridiculous as it seems to her, might just change her life.


"Gadget Girl is like a Japanese garden whose beauty reveals itself little by little. And the more attentive you are, the greater the beauty revealed. Aiko's journey toward acceptance of her uniqueness, which includes that which the world deems imperfect, is told with subtlety and humor. You are going to enjoy reading this book." - Francisco X. Stork, author of MARCELO IN THE REAL WORLD

"Kamata skillfully captures the angst of searching for self-identity, young love, and acceptance. Readers will relate to these universal themes no matter what cultural backgrounds they come from." - Maria Wen Adcock, BiculturalMama.com

"With GADGET GIRL, Suzanne Kamata beautifully captures the essence of what it feels like when you're learning to be who you already are." --Andrea J. Buchanan, author of GIFT and coauthor of NY TIMES best-seller THE DARING BOOK FOR GIRLS

Review on Alice Marvels
"an enjoyable, quick moving contemporary with a lot of heart and originality"
Review on Finding Wonderland
"[Gadget Girl] deftly handles many facets of the mixed-race/bicultural experience...narrator Aiko's life is a realistic mess of desires, fears, embarrassments, love and hope."
Review on Bicultural Mama
"Kamata skillfully captures the angst of searching for self-identity, young love, and acceptance. Readers will relate to these universal themes no matter what cultural backgrounds they come from."
Review on Hapa Mama
Loading…}